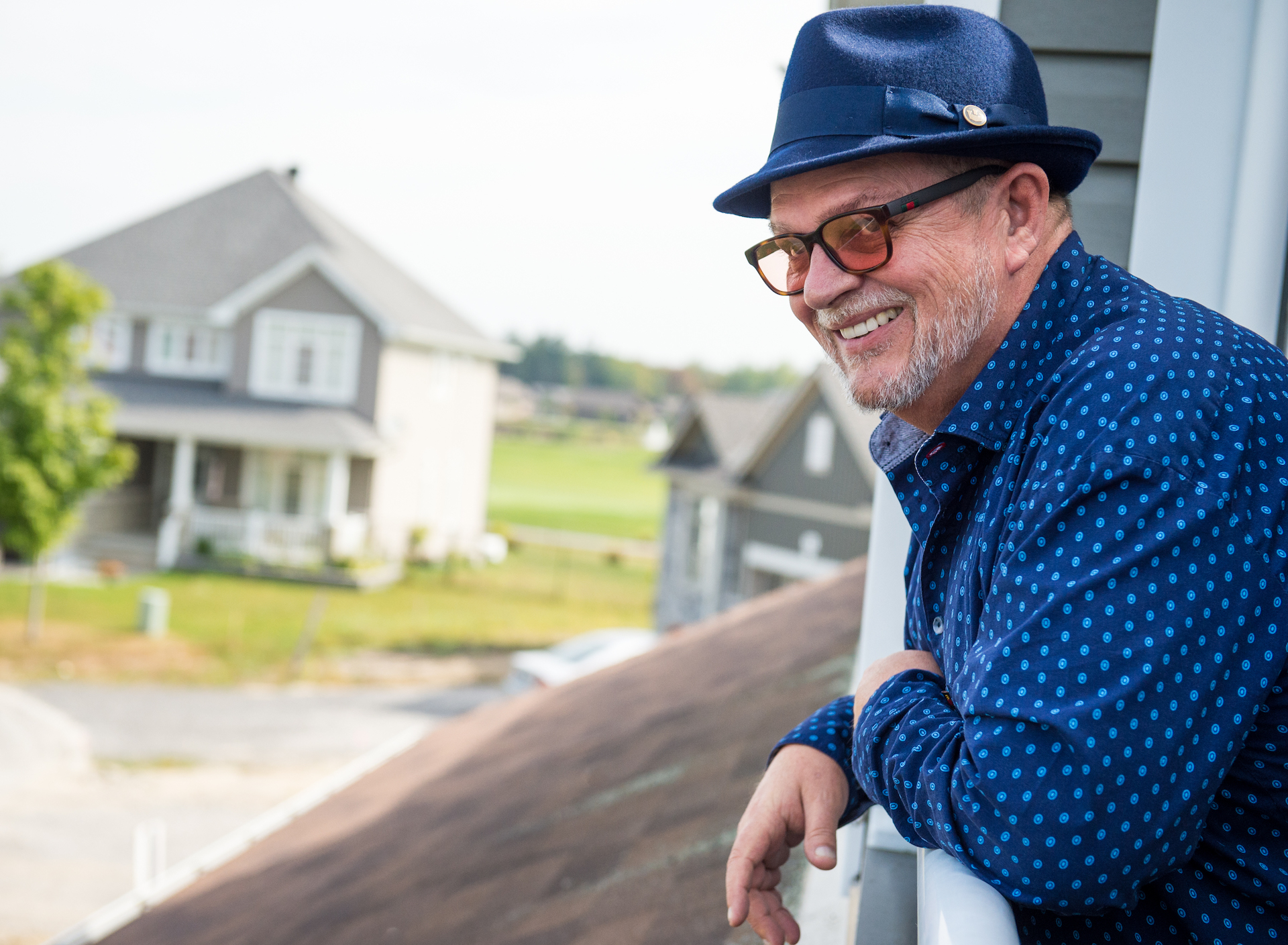 Even more than having built an industry-wide respected construction company spanning four decades, Gilles has been obsessed with ensuring everyone has a chance at a better life. The LA Group is an extension of his personal mandate.

Gilles was raised on a farm. He was lured to the place he now calls home when he came to study agriculture. He never left, he just grew communities instead of crops. But Gilles still has the heart of an agriculturalist. In fact, many of the maple trees that dot North Grenville were once saplings he planted decades ago. And in turn, they gave back. They filled buckets for maple syrup production when the college stood in their shadow.

It might be challenging to find someone more committed to community than Gilles Brisebois. After all, he named three streets in the first community he built after his own daughters. He takes these things to heart.

He has always focused not just on building houses, but creating livable and affordable communities. For a businessman, he’s a bit of an outlier. Even an oddity. For him, the bottom line has never been strictly financial, it’s always been about the betterment of a community.

Years ago, the CMHC didn’t want to insure certain mortgages. Home insurance at the time was prohibitively expensive. Gilles built cases to remove barriers for residents to buy starter/affordable homes. Working with the fire chief, they encouraged the construction of a rural area reservoir so that fire trucks could have better access to water, bringing insurance rates down within reach.

The idea that homes are served by the community around them has never escaped Gilles.

His commitment to community extends to a lifetime of fund-raising. For years, the Kemptville District Hospital has been close to his heart; his continued efforts demonstrate that with abundant clarity.

He has sat on the board of the local youth centre where he helped guide the organization to show them how they could save money by buying their building. He served on the North Grenville Heritage Advisory Committee, too. For ages, he’s volunteered as a cook for well over 1000 people at the annual Mason’s Fish Fry. He always says he can taste the grease for weeks after. Gilles is blessed with a rare energy.

Gilles Brisebois’ mark is all across North Grenville. The houses he built are the most obvious sign. But the lasting effect of his work has been the diversity of the people who live in the communities he works in. The projects that he works on are linked by a single undercurrent. He’s built them to attract people who will love them – young families who can afford to have a home and older people who can retire in comfort.

There’s no doubt he could have built bigger, fancier homes. But his Orleans roots urge him to maintain the spirit of the world he grew up in. Even the act of how families get to one of his mainstays has a little something to do with him. The 416 used to be a two-lane highway. Eliciting the help of the MPP, Gilles mobilized until the task of widening was accomplished. It brought business and people. You need the artery to service the heart. When the University of Guelph did the unthinkable and decided to close the Kemptville Campus, he lobbied hard to change their minds. The college is what drew him here when he was young. He recognized the value it had for tomorrow’s youth and our future and put every effort into reversing the decision.

People need to gather to form a community. This is something he has always recognized. He’s built and been involved in so many community projects. He’s always believed in taking action that will foster strength and growth in the place he calls home. When his homes allow people to live affordably, it means they can contribute to the fabric of the place, too. The trickle-down effect is massive. He continues to give his time and boundless energy in order to ensure that people are served by the things – like good health care – that create a solid community. His plan to donate a walking path leading to the soccer fields in North Grenville is typical. He’s always striving for greater connectivity. His aim is to anticipate what people will need to feel better in their homes – whether it’s a renovation for a family home or an entire planned community.

Share Tweet Share Pin
LA Group takes every precaution to protect the safety and privacy of personal information that is collected through either voluntary submissions or aggregated tracking. All of the electronic communications you will receive from us will contain a link that will provide you with an opportunity to unsubscribe from our distribution list. If you have any questions, don’t hesitate to contact us by email at info@lagroup.ca.